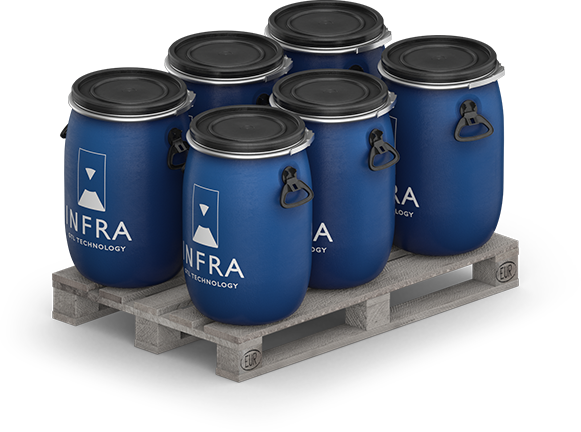 S2 catalyst is the second FT catalyst developed and produced by INFRA. It was developed to improve reliability of operations over the prior version of the catalyst. Catalyst runs in our pilot facility have accumulated > 15,000 hours of successful performance.

The catalyst belongs to a family of pelletized catalysts for fixed-bed catalytic reactors. It appears as black cylindrical granules with a slight metallic reflection. The main function is the catalysis of  the Fischer-Tropsch synthesis, i.e., the reaction between carbon monoxide and hydrogen with the formation of heavier hydrocarbons, mostly liquid hydrocarbons C5+. Metallic cobalt is the main active component.

The catalyst has been successfully tested by leading labs and Global Oil & Gas Operators.

INFRA developed procedure for large-scale industrial manufacturing of the catalyst at its pilot catalyst factory.

The catalyst will be produced under license with a major US manufacturer.

The main features of INFRA S2 catalyst are:

The advantages and special features of INFRA S2 include: