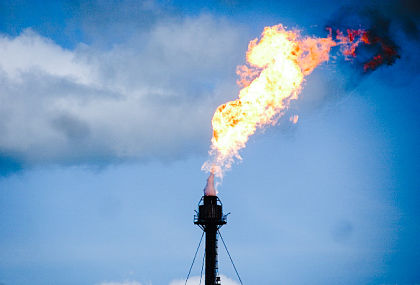 This is Permian Basin - Houston, We Have a Problem

The Wall Street Journal recently published an article describing a flaring problem that is occurring in the Permian Basin of Texas and New Mexico. Earlier this decade North Dakota faced a similar problem that has prompted the state to tighten regulations. Now, shale drillers in the Permian Basin are flaring gas causing greenhouse emissions equivalent to 2 million cars instead of moving this gas to market. Natural-gas pipelines do not have enough capacity to move the produced gas of approx. 320 million cubic feet a day, according to an analysis of public data compiled by Rystad Energy.  As Permian oil production increases, gas flaring will more than double in the following year and won't drop significantly until the end of 2019.