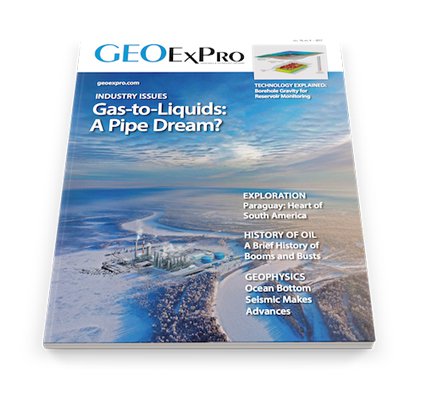 INFRA Technology was featured in the editorial issue of GEOExPRO (issue 14, No. 4 – 2017), describing the GTL technology background, challenges and achievements over the years.

The commercialization of this technology is still evolving, and there are only a handful of large, fully commercialized plants in the world, all complex and expensive to build and run.

INFRA Technology found a solution to unlock the economic efficiency of the GTL business. INFRA has developed new catalysts which allow synthetic crude oil to be produced with no by-products, directly from the Fischer-Tropsch reactor without the wax stage, leading to significant cost savings – potentially up to 50% of the CAPEX of conventional GTL technologies.

With gas becoming the preferred source, this environmentally-friendly technique is finally becoming more economically viable at both large and small scale.  We are now looking at the 4th generation of GTL technology – and a major step forward towards commercialization of this process at all scales.

At its demonstration pilot plant in Texas INFRA Technology can produce more than 100 barrels of synthetic oil (60/40 mixture of gasoline and diesel fractions with a high share of jet fuel) from 1 MMcf of gas per day, which it believes can ensure a positive NPV for GTL plants on a standalone basis even for small-scale facilities.

By producing high quality synthetic oil that does not require hydrocracking or upgrading, through a very efficient process, INFRA Technology believes that for the first time in history synthetic fuel production has become profitable. Having proven the technology by opening the first commercially feasible plant in Texas, which demonstrates the modular, transportable GTL facility, the company is now looking to develop larger projects which, through economies of scale, will be not only economically viable, but cost-competitive with oil refining, thus bringing natural gas and bio-resources to the crude oil and transportation fuels markets.